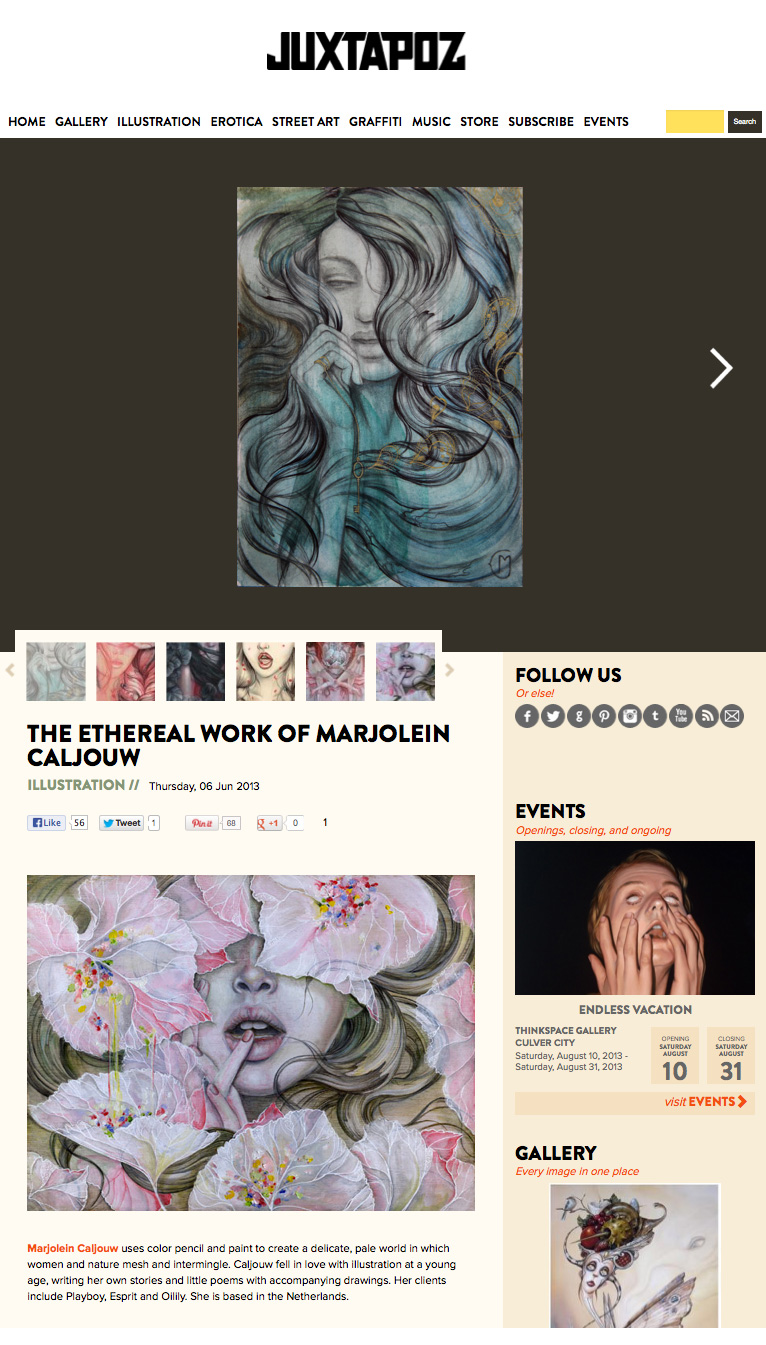 Last month I was featured on www.juxtapoz.com
Very happy with that!
on 12:05 PM 1 comment:

Made for the contest: Draw a Dot.
Dresses by fashion designer: Caitlin Power
Alexander Liang, the Editor-in-Chief of KENTON Magazine has chosen 3 looks from Caitlin Power F/W 2013 collection. 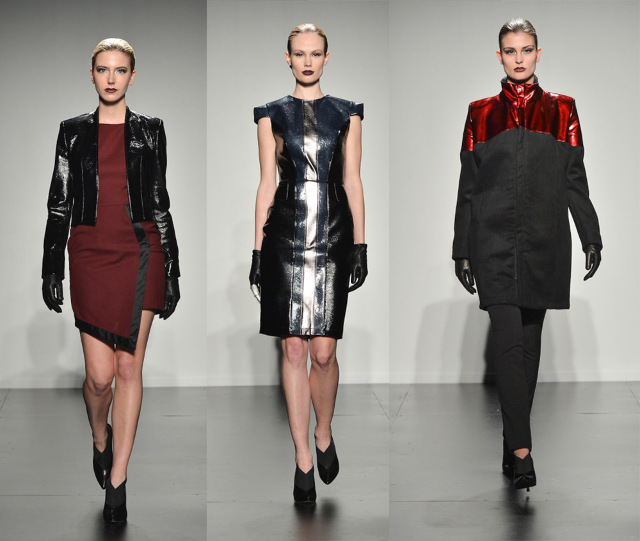 Process:
I've chosen 2 dresses because they would fit better together. I always like to know the background story of the collection and when I heard about the architecture I could see that in the graphic lines Caitlin is using.

I sketched several poses because I was looking for a powerful pose that would show the front of the dresses and a little bit of their hairstyle. 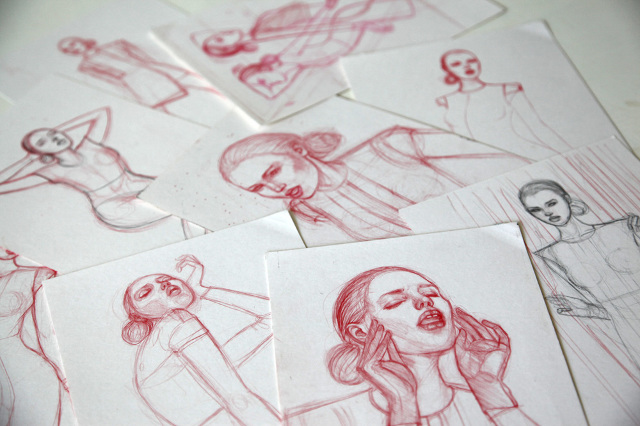 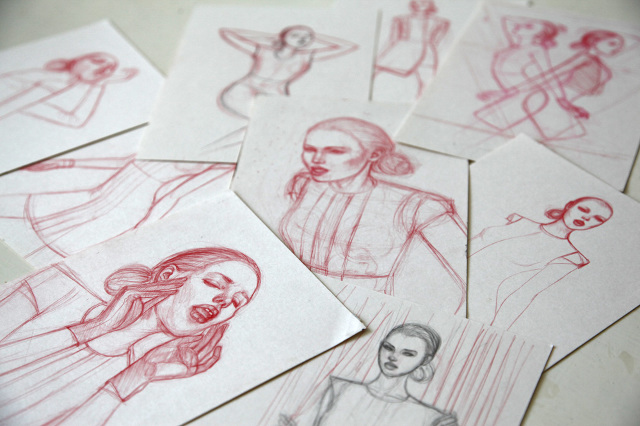 I combined the graphic lines with the rounded shapes of the ladies. I used this before in other work, so it was nice to experiment a little more with that.
I like the gloves they are wearing, so I brought them to the front by making them black and I think it gives it more 'edge'. 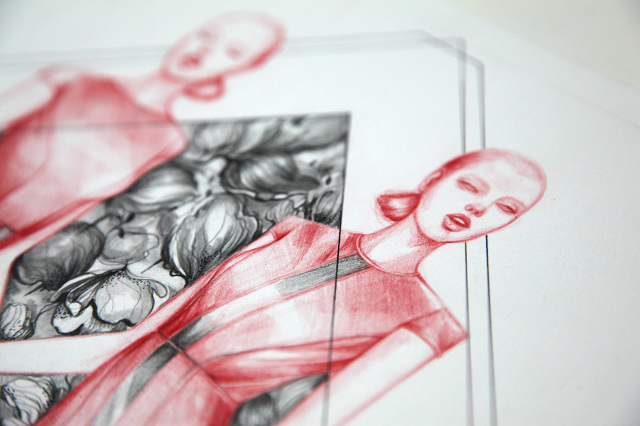 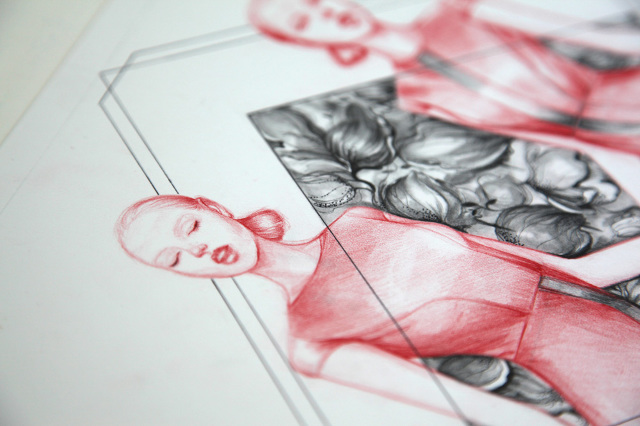 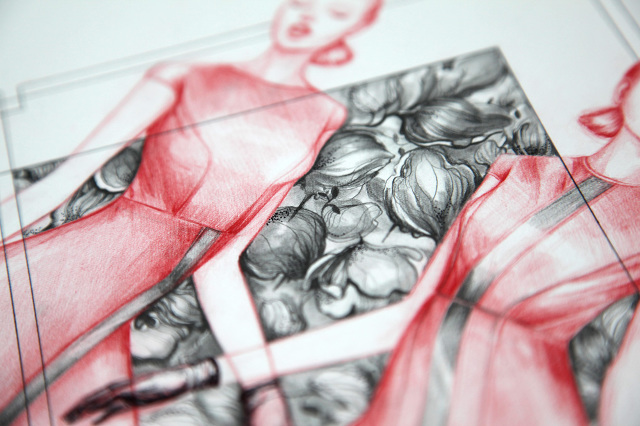 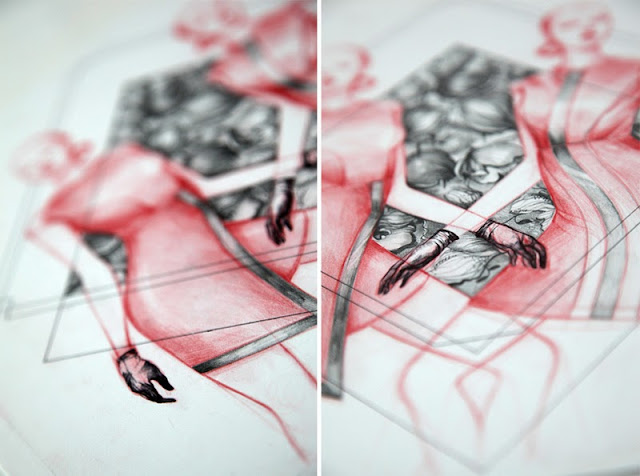 MJC *-*
Netherlands
Hello, welcome to my blog! I'm Marjolein. You can find here illustrations, paintings walldesigns that I love to make. But also my work in progress, videos and ideas and a little bit of inspiration. Uploads on this blog are weekly. Click on the "follow this blog" button or leave a comment/question any time! (Click on the header if you want to go to "home" and see all the last posts.) My portfolio site: www.marjoleincaljouw.com Subscribe to my newsletter! 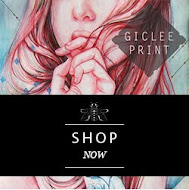 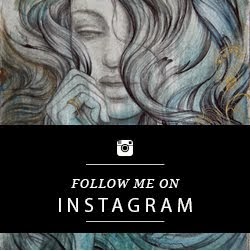 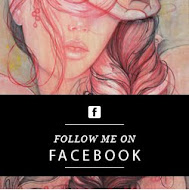